I do not get much chance to look at clockmaking in France as I love 17th and 18th century English clockmaking. Today therefore I would like to concentrate on the great French cabinetmaker whose clock cabinet styles bear his name, André Charles Boulle 1642-1732.

Boulle was considered to be the finest of all in the field of marquetry. He perfected the technique of inlaying brass on tortoiseshell. This became known as Boulle or in the 19th century in the UK as Buhl work. Boulle became chief cabinetmaker to the King of France. He produced all kinds of pieces of furniture for Louis XIV, his family and the court. Boulle was born in Paris and as mentioned trained as a cabinet-maker. He also trained as an architect, bronze worker and engraver. Boulle was not the only cabinet-maker who was working in this field, Jean Bérain also excelled in this area. Bérain designs tended to be more elaborate, both gentlemen were clearly well ahead of their time. During the late 17th century and early part of the 18th century it was very popular in Europe.

This superb Religeuse French clock by Pique Rennes can be viewed here. The case of this clock may be attributed to the workshops of Boulle. He was known to have made cases for all the prominent makers of the last quarter of the 17th century. André Charles Boulle was granted lodgings in the galleries of the Louvre by the age of 30. His skill was recognised at an early age. The importance of this honour cannot be underestimated Boulle was granted special Royal favour and this included the important privilege of freedom from the trammels of the trade guilds.

He was employed for many years at Versailles. Here the mirrored walls, wood mosaic floors, inlaid panelling and marquetry furniture were amongst his fine work. He had many royal commissions to work on for great nobles. Also government figures vips and many wealthy people in his own country. He was nonetheless always lacking in funds, I suppose his collecting vices always made this be the case. He was always in debt and he died in 1732 full of fame yes but also full of debt. 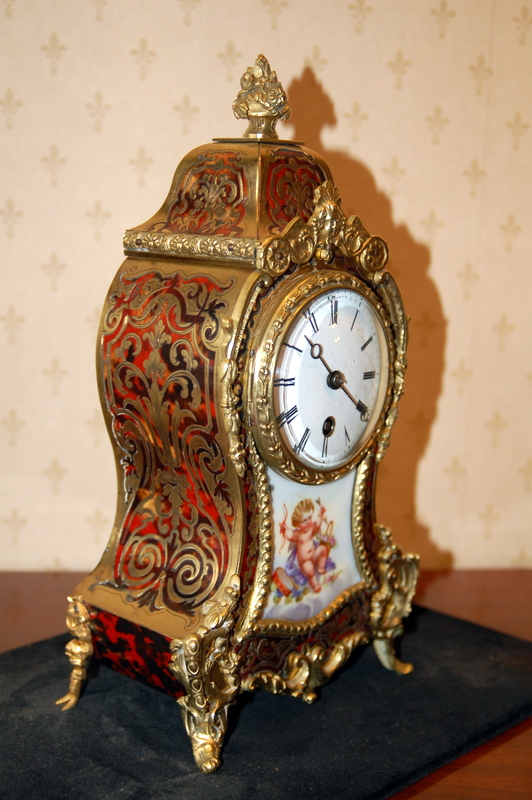 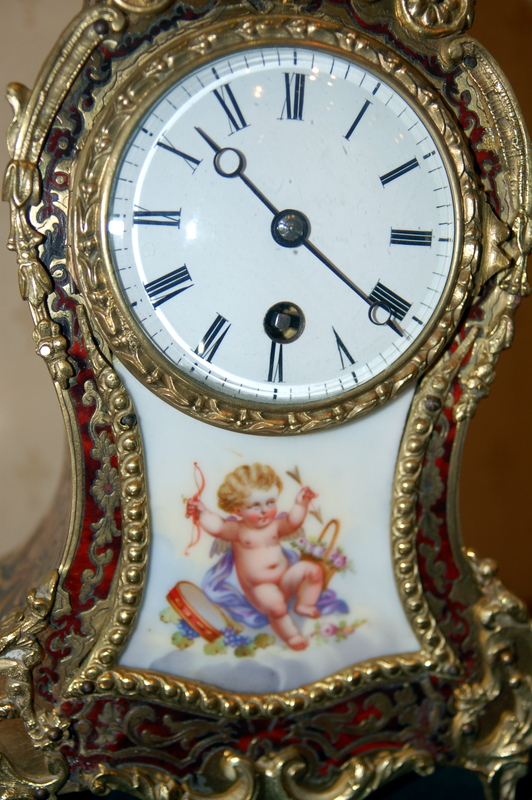