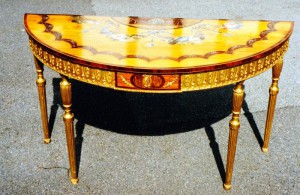 When I come to think of 18th century antique furniture design, I think primarily of 4 names. There is the great Thomas Chippendale, George Hepplewhite, Thomas Sheraton and last but by no means least Robert Adam. Robert Adam was probably better known for his influence on architecture in the 18th century but he also designed lovely pieces of furniture.

It was on one of his trips to the Continent to study foreign designs he came across Michael Angelo Pergolesi. Pergolesi was one of the main characters in the start of painted antique furniture. Designs on antique furniture up to this point had been inlaid into the wood surface. 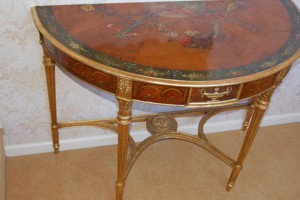 Pergolesi stayed in the UK until the end of the 18th century. He worked with the celebrated Adelphi firm. He designed and painted beautiful pieces of furniture and the occasional antique clock. Many of these works decorated with fine figures, flowers and classical urns. He published a book of these designs taken between 1777 and 1801. He worked with other leading figures at he time, many were members of the Royal Academy. These individuals revolutionized the decoration applied to antique furniture. 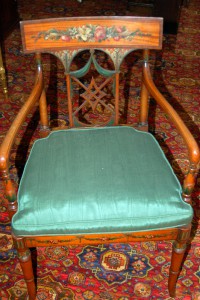 Pergolesi designs on antique furniture are rare by the fact he worked only a sort period of time in the UK. Those who worked with him in this area left London to work overseas before the end of the 18th century. With this short window of opportunity, very few pieces were made by these celebrated artists and designers, making them highly sought after. Later work like this can be seen in the late 19th century. This is when this type of work hit a revival in the fashion moods at the time.

A link to the clock decorated below can be found by clicking here Gill of Rye Grandfather Clock. 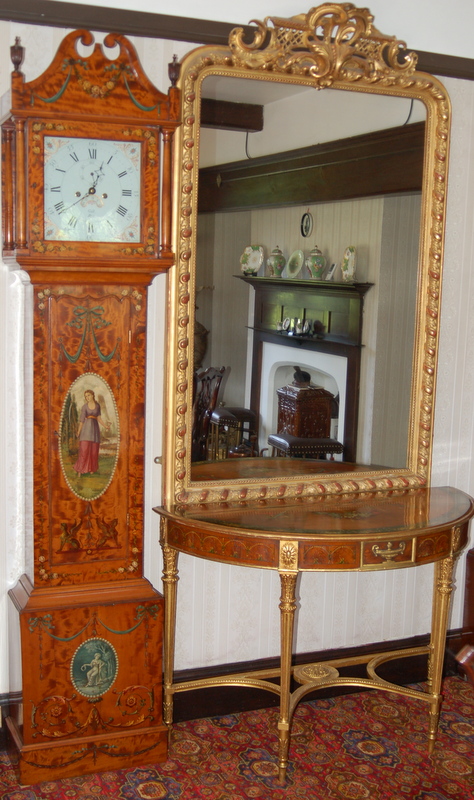 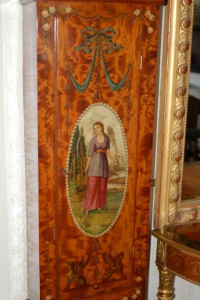 Most of written information on this subject can be found by reading books on the ‘Age of Satinwood’. Many pieces were decorated on this wood surface as satinwood offers a ‘plain canvas’ so to speak for the artists work. It is also true though you will see works decorated on mahogany cabinets in the last quarter of the 18th century. One outstanding such painted decorated clock is seen below. 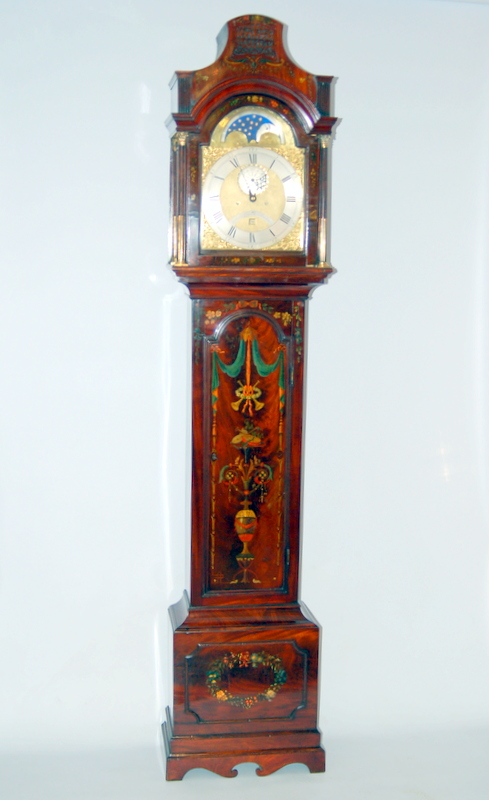 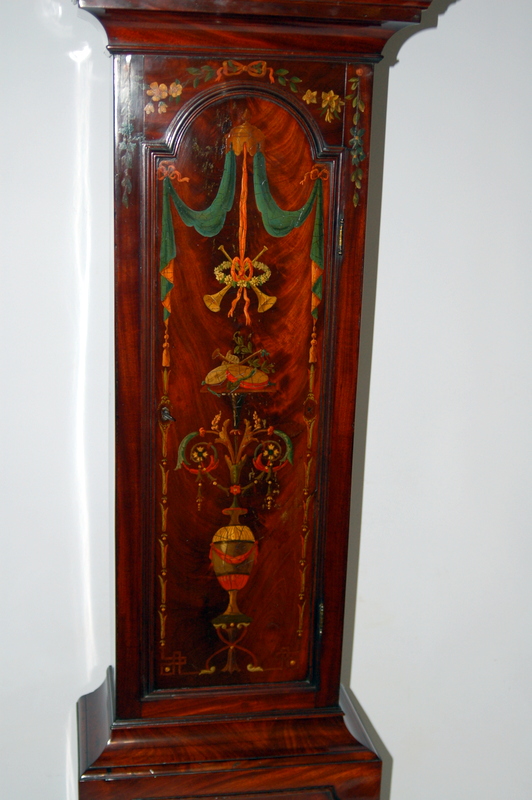 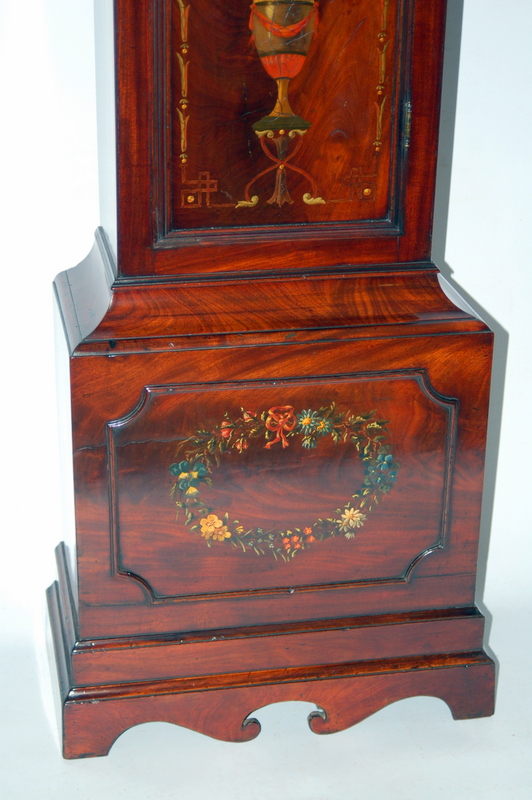