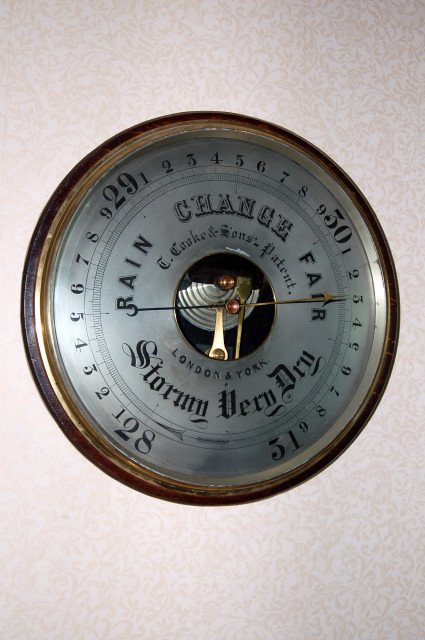 An era of suspicious people

This meant on his home the apparatus he built was taller than his roof. People were very suspicious of strange experiments at the time and being accused of witchcraft was commonplace. He therefore needed to do something to keep his experiments more secretive. Discussion with Galileo before his untimely death in 1642 convinced Torricelli on the need to use a heavier material the water.

Mercury or Quicksilver as it was then called was used. Mercury is 14 times or thereabouts heavier than water. Torricelli found he only required a tube 32 inches long to keep his experiments going. It was therefore in 1643 the first working publicized barometer was invented. Torricelli died in 1647. Some of our barometers can be found by clicking here. https://www.pendulumofmayfair.co.uk/category/antiques-furnuture-clocks-rare-items .

Lots of Experiments on Pressure

Many people copied and perfected Torricelli’s experiments. Blaise Pascal and in September 1648 Florin Perier who was the brother-in-law to Pascal. At his request he took his barometer to the top of mountain. He lived here to see what effect it had on the height of the mercury. Pascals predictions were correct, the mercury was lower the higher one went. 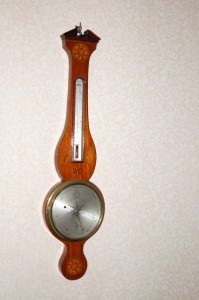 It was not until about 1670 that barometers were starting to be sold and used in private homes. Lower pressures are associated with poorer weather and vice versa. It was found on fine sunny days the mercury stood at above 30 inches. On dull rainy days it stood at below 29 inches.  It was decided anywhere in-between was changeable weather. A scale of 28 to 31 inches was decided upon and Fair. Changeable and Rain was engraved to the scale to correspond to the pressures. Later Stormy and Very Dry was added to the charts to correspond to 28 and 31 in Hg 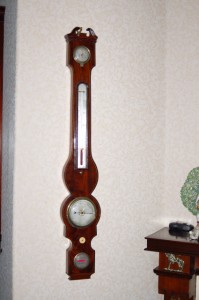 Robert Boyle seems to be the first person to introduce the barometer to England. He was a writer and a student in Italy at the time of Torricelli’s experiments and studied the writings of Galileo. On his return to England he conducted various experiments of his own in this regard and came up with the famous Boyle’s Law deduction.